PLEASE NOTE: Because of the Coronavirus pandemic, and because I maintain this website on a part-time basis, this may not be the most recent information on these performances. Please check the venues for the most up-to-date information. 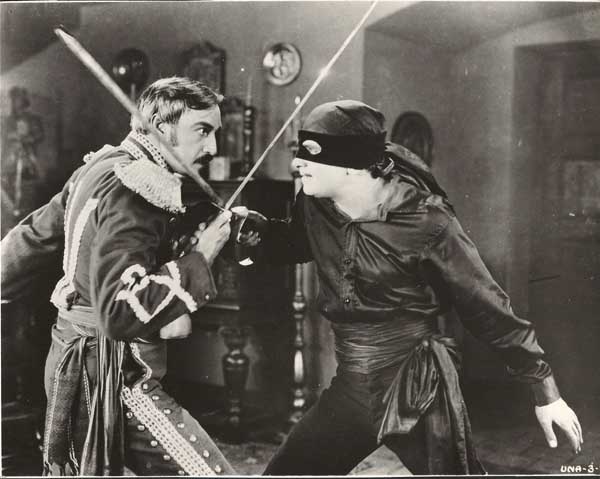 Setting the stage for the next hundred years of American pop culture, Douglas Fairbanks poses as an ineffectual fop while secretly fighting for justice as a masked "superhero" in early California. The dashing stunts, romance, horseback riding, and swordfighting are expected; but perhaps not the large doses of comedy. A ground-breaking film in its era, The Mark of Zorro stands up brilliantly today as a remarkably entertaining movie.

This screening is the closing film of the Prescott Film Festival, which runs from October 14-17, 2021. 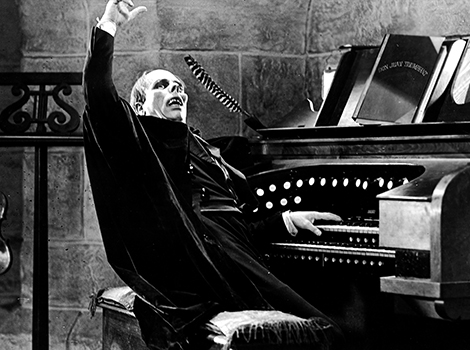 Lon Chaney plays the deranged genius who coaches and controls an opera star from secret passages in the Paris Opera. This classic horror film delivers atmosphere galore, including a couple of striking scenes filmed in Technicolor. Mont Alto's score incorporates music from Faust, the opera being presented in the film.

The San Francisco Film Festival has been postponed to May 5-11, 2022. We have scores for three excellent films compiled and ready to perform! Announcements in the spring.